How To Transform Your Life By Acting As If. 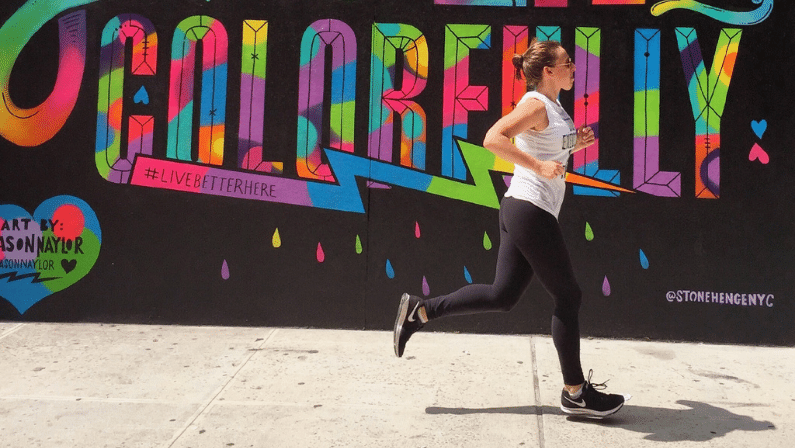 How to transform your life by acting as if.

What if I told you that you could be your future self today. No time machine needed. You could actually create who you want to be starting right now. That’d be crazy, right? Well, actually, it’s not. There’s a concept that I want to share with you called Act As If, essentially meaning act today as if you are already there. Now I know what you’re thinking. I’m not fit. I’m not a writer. I’m not in the relationship I want to be in or the person that I want to be in a relationship. I need to work on it. For sure. I was in your shoes, too, because as a kid I was really overweight. It was painful growing up because I missed out on so many occasions. I didn’t want to wear shorts. I hated going to birthday parties. And forget about ever wanting to be in a situation where I had to wear a bathing suit. Until my mid 20s I hid from so many things and was sitting in the cheap seats and not in the arena playing the game and missing out on so much of my life. So then I decided how am I going to get to where I want to be with this identity of being this fat girl? I was so tied to that identity. And, so, what I realized is that in order to be who you want to be with anything in life, whether you’re trying to lose weight, whether you’re trying to change careers, whether you are trying to make a video, you have to start somewhere and you have to act as if you’re already there and do the actions and think the thoughts of the person that you want to become. So let me break it down a little into some really simple steps that should send you on your way to taking some action to where you want to go.

So the first step is to visualize who you want to be.

So you start it with what that looks like and then you start to identify, as your second step, the thoughts that are getting in your way. So for me my thoughts always were about people judging me and fear that people would make fun of me for my stomach or my legs, those parts of my body that I had a really hard time with, and didn’t want to be in vulnerable situations where they were sort of exposed. So the next step is to actually then turn those thoughts around. People are going to judge me. The thought turnaround is, actually, no one cares. Likely, most people are focusing on themselves and, on top of that, they just want to be in your company. And, so, you not showing up robs them of that gift of being in your presence. So you turn those thoughts around.

And then the next step is to actually give yourself a pep talk when you’re ready to get out there. And for me, when I was ready to put on shorts, I just went for it and, you know, with these thoughts and I gave myself this pep talk, saying that it’s going to be a lot scarier in my head than it will actually be in real life because I’ve had experiences in which I was really scared and then I went for it and it wasn’t as bad as I thought it was going to be. I mean, I jumped out of a plane last week, you guys. So I hyped myself up. And oftentimes we really hype ourselves up about these things and then, in reality, when we do them, they’re far less scary.

So the first step, again, is visualize who you want to be.

The second step is address the thoughts and understand what’s getting in your way.

Then turn those thoughts around so you can shift, give yourself a pep talk, and then go do it. And, I know, it’s going to be uncomfortable at first, but you’re going to do it again and it will be a little bit easier and a little bit less painful and then you’re going to do it again and again and again until those habits are part of your identity and those actions and that way of thinking become part of who you are and you leave where you feel like you are today behind because that’s no longer serving you.

So my challenge for you this week is to: Act As If. I want you to do one thing this week where you act as if you are the person that you want to become.

Tag me in your story or in your post, #ActAsIf. And if you liked this video, give me a like or comment below with the word yes. Hope you guys are having a good day. This is Jen Rose signing off. I’ll talk to you soon.